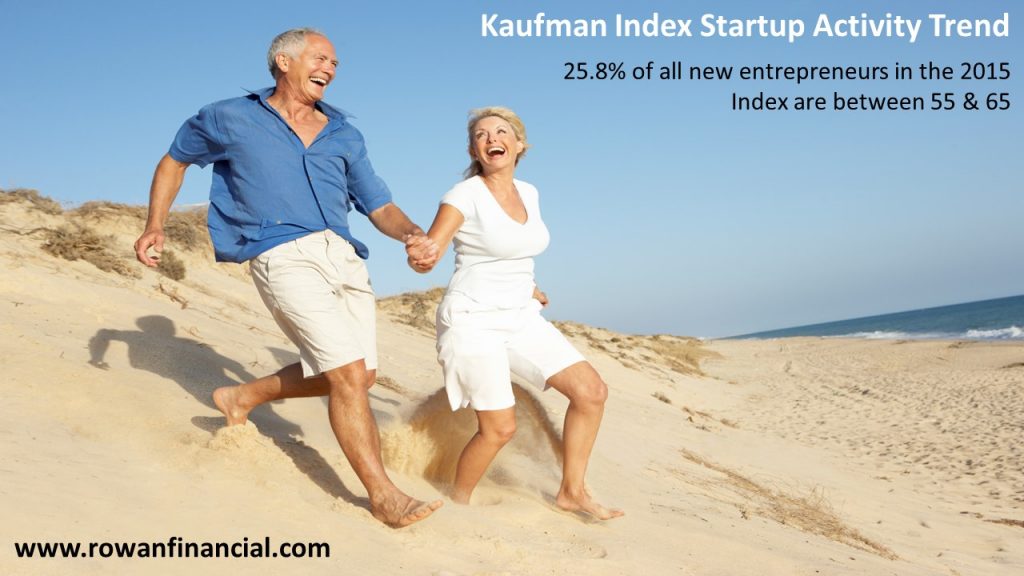 Pre-retirees are dominating small business start-ups, both in terms of the number of businesses they are starting and the success rate of these businesses.  Let’s take a look at some statistics, some explanations for those stats and why you can succeed as well.

The Stats Tell the Story

In addition, older individuals are succeeding at staying in business as well.  In 1996, the 55-64 group was the smallest of the four age groups tracked in the study.  These older Americans made up only 15.8% of all active business owners.

So why is this happening?  Here are 3 big reasons which may be just the encouragement you need to launch your encore career as a small business owner.

Across the globe, life expectancies are rapidly increasing.  Here in the US, the average life expectancy for those born in 1900 was only 47.3 years.  (Pretty hard to launch a business when you aren’t likely to be around to even start planning for it, right?)  In fact, in 1900, there were only 3 million Americans aged 65 or older.

“Early retirement” was the big buzzword of the 1990’s.  Today, it’s all about “unretirement” and figuring out what to do with all these extra years we’re now being given as a society.

Let’s face it; if you’re 55, you’ve had a lot more time to accumulate wealth than the 20-somethings who may also be thinking about opening a business.

I’m sure you’ve heard all the statistics about business failures in the US – 30% fail in the first 2 years and 50% fail within the first 5 years of existence.

Among many reasons, one of the biggest is that these fledgling companies simply run out of money.

If you’re a 20-something with limited financial reserves and a student loan bill to pay every month (sorry 20-somethings who may be reading this!) you simply don’t have the financial staying power compared to those aged 55-64.

The time is financially right for you to pursue an encore career as a business owner if you have one or more of the following:

Formal research validates what I’m experiencing and what you may be experiencing if you’re in your 40’s, 50’s or 60’s.  Many studies show that “Fluid Intelligence” – the ability to analyze, process and retain new information – peaks at about age 20.

However, I also know I’m a much better decision-maker than I was in my 20’s.  I find myself able to quickly sort through dozens or even hundreds of potential courses of action in my business and personal life and distill it down to those few tasks that will allow me to make the biggest impact in the shortest amount of time with the least amount of effort.

And once again, formal research bears this out because “Crystallized Intelligence” – the intelligence associated with experience and knowledge that helps improve decision-making – increases well into adulthood.

In fact, in a now famous study by the Brookings Institute published in 2009, researchers concluded that the age associated with the best decision-making on financial-related matters is 53.  David Laibson, one of the study’s 4 authors calls the ages 43-63 your “cognitive sweet spot” for people in terms of decision-making.

If there’s one thing starting up a new business requires, it’s the ability to choose among many different courses of action and make good decisions.  Isn’t it good to know you’re at the height of this decision-making ability?

If you’re in your 40’s, 50’s or even your 60’s and worry that your time has passed and it’s too late to go into business for yourself, remember the famous quote from Ben Franklin, “Early to bed and early to rise, makes a man healthy, wealthy and wise.”

Back when Ben Franklin was alive, it may have been too late for you, but it’s definitely not today.  You are healthy enough, and definitely wealthier and wiser than your younger counterparts.  Make a list today of your 3 best ideas for your small business start up and pick one simple action to take that gets you started TODAY!

This article originally appeared on Investopedia